What Are The Differences Between A Bo Staff And A Jo Staff?

One of the oldest techniques for protection is the use of a staff or stick as a weapon. They were easily accessible, effective and efficient. The evolution of this weapon created two different forms: the Bo and Jo. But what is the difference between the two? This guide walks you through the rich history behind the weapons to discover their differences and similarities. 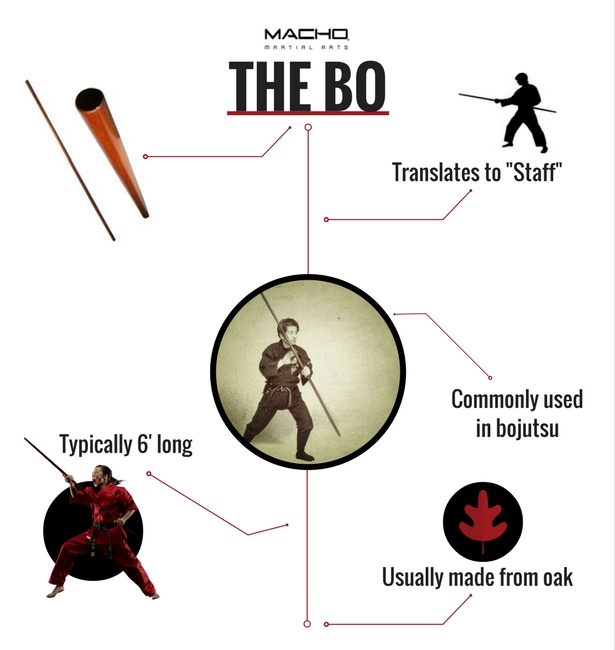 History of the Bo:
The bo used in kobudo and bojutsu emerged in Okinawa in the early 17th century when Okinawa was overthrown by the Shimazu Clan of Satsuma. They placed a strict weapons ban on the islanders, leaving Okinawans defenseless against the clan’s samurai weapons. Okinawans turned to simple everyday tools to protect themselves. Many farming tools became effective weapons, including the long staff used to carry buckets and baskets. Because of its use in everyday life it was an extremely accessible weapon for all classes of people and couldn’t be taken away by the Shimazu Clan. 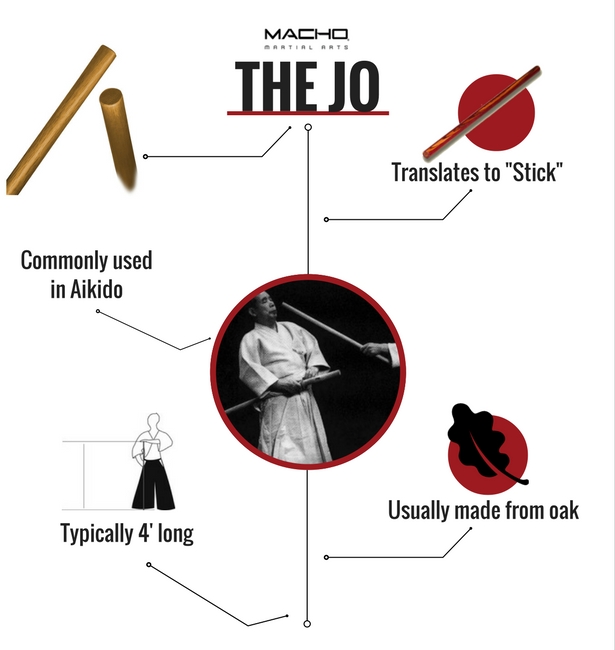 History of the Jo:
There is an old legend that explains the origin of the jo. In that legend, the jo was created by the warrior Katsuyoshi. Katsuyoshi was met with defeat after defeat when brandishing other weapons. In order to grow as a warrior he turned to meditation. After 40 days of meditating he finally had a vision where he was told to use a short staff in battle instead of the weapons he had previously been using. With his new weapon in hand, he challenged his biggest and most famous opponent, Musashi, and won. From then on the short staff or jo became a popular weapon to use in martial arts.

Another possible origin of the jo comes from the evolution of a prehistoric staff that was carved from rock. This rock staff was called ishibo. The solid stone was extremely heavy and ineffective for quick movements. Overtime people experimented with different materials. Metal was met with similar complaints, but wood proved to be the most efficient. It is strong, but also easy to maneuver.